Qetaifan Island North which lies off the coast of Lusail City located to the north of Qatar’s capital Doha has been designated as one of the country’s FIFA World Cup Qatar 2022™ Fanzones which will welcome an army of supporters in town for the greatest football tournament on earth. In addition to providing an entertainment destination for Qatar 2022™ fans, the island will also host them in a mix of temporary and permanent accommodation.

Based in the United Arab Emirates and still in search of a seat at the FIFA World Cup Qatar 2022™ then click here for match ticket-inclusive FIFA World Cup™ Official Hospitality Packages available at Expat Sport.

The Qetaifan Island North project is a luxury development which features an advanced technology waterpark, luxury hotels, apartments and residential villas. Along with exceptional facilities, that collectively creates a contemporary, globally-desirable community with a culturally distinctive design. The Fanzone will be able to hold 15,000 football fans and the supporting types of accommodation offered include a selection of different categories of tents, including a VIP tent, plus 16 floating hotels in addition to a permanent luxury hotel.

Slated to become Qatar’s next significant attraction, the Qetaifan project covers an area of 1.3 million square metres, with the water park itself occupying 129,296 square metres. A spread of different waterfront styles, elegant neighbourhoods, affluent hotels, interleaved with enticing pedestrian spaces and living gardens, which will also provide exciting entertainment options for all generations of the family.

Set to emerge as a flourishing waterfront hub, Qetaifan offers an alternative way of life in what is expected to develop into an iconic internationally recognised ocean-side destination. Much of the work scheduled in phase one of the project was completed towards the end of 2021.

At that stage, Sheikh Nasser bin Abdulaziz Al Thani, Head of Business Development at Qetaifan Projects delivered a progress report to the media confirming that around 60 to 65 percent of the island’s Phase 1 projects had been completed by the close of 2021. While the remaining 30 to 40 percent of the work would be completed in the first half of the year before the FIFA World Cup Qatar 2022™, the aim is for all four major assets in the project to be ready to receive visitors from the third quarter of 2022.

Mustafa Al Cherkawi, construction engineer for the overall Qetaifan development, speaking to media, emphasised the convenience of the Island North Fanzone which is located a mere 2 kilometres from Lusail Stadium, centre stage of the Final of the FIFA World Cup Qatar 2022™.

Travel services to the Qetaifan Fanzone will be provided to and from the other FIFA World Cup Qatar 2022™ stadiums located across Qatar, the first phase of Qetaifan Island North is located close to the Lusail expressway making an ideal location for advanced bus as well as water transport.

There will certainly be plenty to do and see in the fanzone, which will also be an open-to-the-public recreational area on Qetaifan Island North offering a wealth of entertainment options:-

These include a water park, retail plaza, linear park together with a 1.2 kilometre long linear canal along with the Island’s Beach Club and a Mexican Village adjacent to the club. FIFA World Cup Qatar 2022™ fans can also look forward to live entertainment, an outdoor gym, and a wide choice of food & beverage outlets.

The Qetaifan Fanzone is to be laid out in a most practical manner designed to maximise enjoyment of what has already become a record breaking water park. The Icon Tower waterslide at 85 metres in height holds the Guinness World Record as the tallest water slide in the world.

The Icon Tower consists of 12 rides and two hanging swimming pools on 6 levels. An entrance fee will be charged for the water park, which is totally geared up to deliver the highest calibre of recreational activity for FIFA World Cup™ followers.

A mini-fleet of three water taxis will also be available to transport Fanzone visitors to the different coastal districts of Doha from the Linear Canal.

The vibrant Qetaifan Island North waterfront environment enhances what will be a thrilling tournament experience for football devotees, as well as creating yet another shining symbol of Qatar’s vision and aspiration. As for the future, given Qetaifan’s FIFA World Cup Qatar 2022™ legacy status, the project is already well on its way to becoming an acknowledged international landmark destination.

We also offer an excellent range of supplementary travel packages from Dubai and Abu Dhabi, Expat Sport will get you there in style. 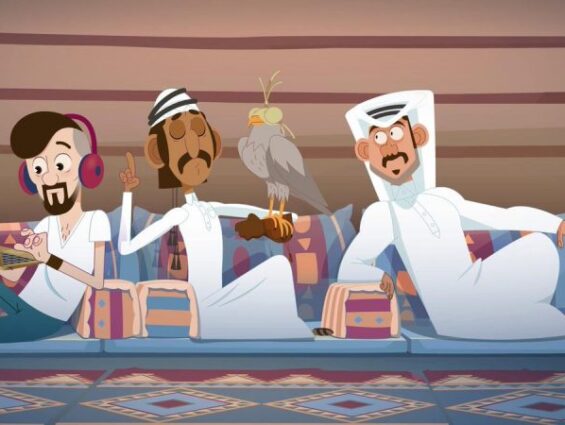 With just few months until the FIFA World Cup Qatar 2022™ kicks off, and with the announcement of successful – […]

With just few months until the FIFA World Cup Qatar 2022™ kicks off, and with the announcement of successful – […]