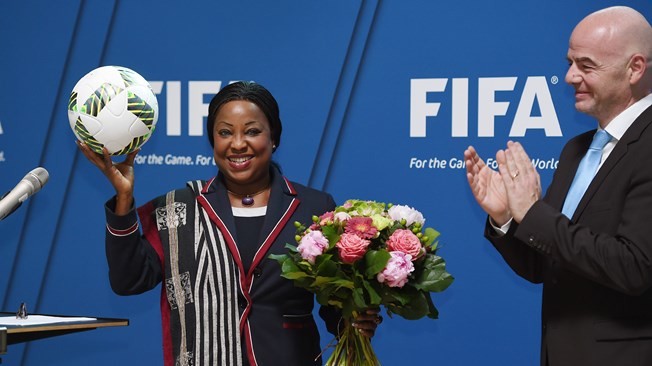 Fatma Samba Diouf Samoura is FIFA’s first female secretary-general. A former Senegalese diplomat and senior executive, she has worked for the United Nations for 21 years, serving as a country representative and as a director in six different African countries, including Nigeria.

She is also the first non-European to hold the post, recruited by FIFA’s current President Gianni Infantino in 2016, as part of his drive to bring diversity and impeccable governance to the top of football’s governing body.

With less than one year to go, the first FIFA World Cup™ ever staged in the Middle East will be held in Qatar.

The fact that the small Arabian Gulf country is hosting football’s greatest competition represents a huge source of pride to the peninsula state’s population of almost three million. An event expected to create an enduring legacy for the region as a whole.

Fatma Samoura, now regarded as the most powerful woman in world football, discusses Qatar’s state of readiness for the FIFA World Cup 2022™ in the first half of an interview conducted by Folly Bah Thibault journalist and Principal Presenter for broadcaster Al Jazeera English, based in Doha, Qatar, during a special edition of “Talk to Al Jazeera”, 18th of December 2021.

Fatma Samoura, secretary-general of FIFA, thank you for talking to Al Jazeera

FS: My pleasure, Folly, to be here.

FBT: One year from now the FIFA World Cup 2022™ will kick off here in Qatar, is the country ready? How satisfied is FIFA with the progress of the preparation?

FS: Well I think that it will be the first time in the history of the World Cup™ that the country hosting it is ready one year ahead of the kick off.

And from what we have been experiencing over the past few days with the staging of the FIFA Arab Cup™, which is using six of the eight stadiums that will be hosting the first World Cup in the Middle East. I can say that FIFA is very impressed by the level of operational readiness of Qatar and definitely the country will be ready well ahead of time to welcome the 1.7 to 2 million hosts and visitors and football lovers who are expected to visit the country.

FBT: Yes, the Arab Cup™ which you have been attending has been really a test tournament for this FIFA World Cup™.  If you were to give an assessment, a grade, on things like venues, atmosphere or organisation, what would it be, where is Qatar doing things right and where do you think there is room for improvement?

FS: Well I think that in terms of the infrastructure, the stadiums, the training site, the accommodation, I don’t think we can compare Qatar with any other country; they have been I think the best in terms of hosting.

FBT: Where is there room for improvement, do you think?

FS: I think the transportation, we are still facing some challenges; people need to find their way. Because of the compact nature of this FIFA World Cup™, we really want the fans to leave the country with the best experience and it will never be the same for them again.

Because with this World Cup, Folly, you can watch two games and if you are lucky enough and really if the transportation is there, you are familiar with the Metro, you can even watch three games.

FBT: But there were a few hiccups at the start of this Arab Cup™, notably with the Fan ID card. A lot of fans [were] having difficulties having access to this card and getting into the stadium, it was eventually scrapped. I know you’ve been FIFA secretary-general and you were in Russia in 2018 as well, you’ve seen what other countries have done, if there was one [piece of] advice you would give to the Qatari organisers today to make things a bit smoother for fans as you said – what would it be?

FS: Well let me just come back to the Fan ID that was introduced for the first time for a FIFA competition in Russia back in 2018. Well I think for good reasons because of security issues, because of hooliganism and also because we wanted to make it smooth for everyone, the authorities in Russia imposed a Fan ID.  But the Fan ID was also a tool that was used to replace the visa application, because with the Fan ID you could access the country without having to go through the visa application.

Since 2018 many things have changed and we now have new requirements in terms of health. People need to have a letter about Covid-19 for easy access; you need also to show that you are fully vaccinated. Adding all those additional requirements did not make it easy for people who were first and foremost here to watch the game with easy access.

So I think the Authorities in Qatar took the best decision and the right decision to remove it temporarily. But I am sure that with what we have learned during this FIFA Arab Cup™ next year will be easier.

FBT: Now there’s been some concern about Qatar not having enough hotel rooms and affordable accommodation for those coming to watch the World Cup. Is that a concern that FIFA still has?

FS: It may still be a concern, if we receive more foreigners than people who have a house in Qatar.  I think that it is also something that the FIFA World Cup Qatar 2022 LLC™ under the joint venture is taking very seriously. I think availability is ok, we don’t have any problems.

FBT: Availability but affordability also – will it be affordable?

FS: I think the prices are quite reasonable. I’ve been in many countries, in Europe for example where it was staged and hotel rates were much higher than we are seeing here. I don’t think the problem is a problem of affordability, it’s rather the number of rooms we need for our guests, especially for our executive guests, for the challengers and for the sponsors. So work in progress and I’m sure that the Qataris and especially the Supreme Committee are trying to find all possible ways, including having some cruise boats here and this will also be something we are looking into with them.

FBT: Now there are rules around alcohol consumption here, which will be available to fans in designated areas, but what about advertising? Many significant sponsors of the World Cup™ are alcohol producers, how is FIFA working around that?

FS: Well as far as our commercial deals, we need also to respect our commitment towards the sponsors. We’re still in constant dialogue with them to make sure that people who really want to drink alcohol can drink it.

Held in great esteem by compatriots and colleagues alike, FIFA’s secretary-general Fatma Samoura is undoubtedly a key figure on the road to Qatar 2022™. 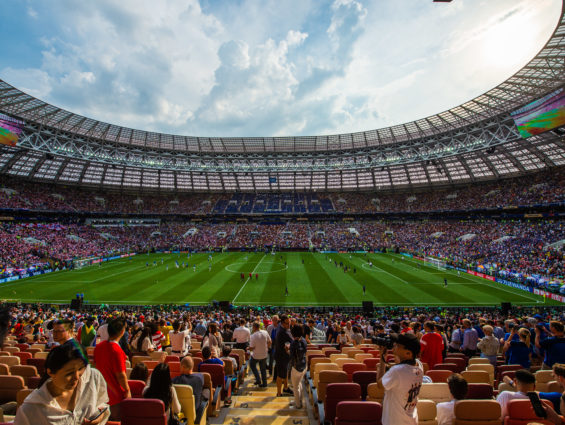 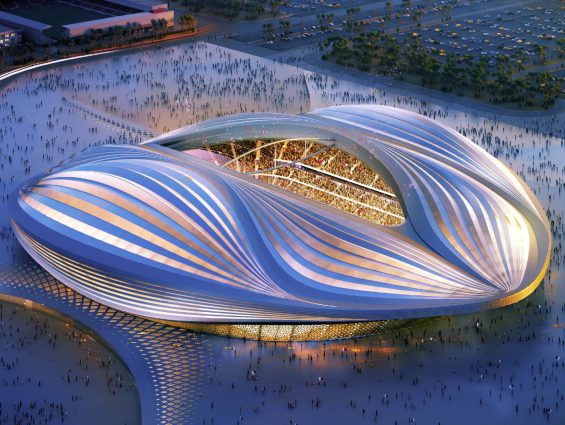